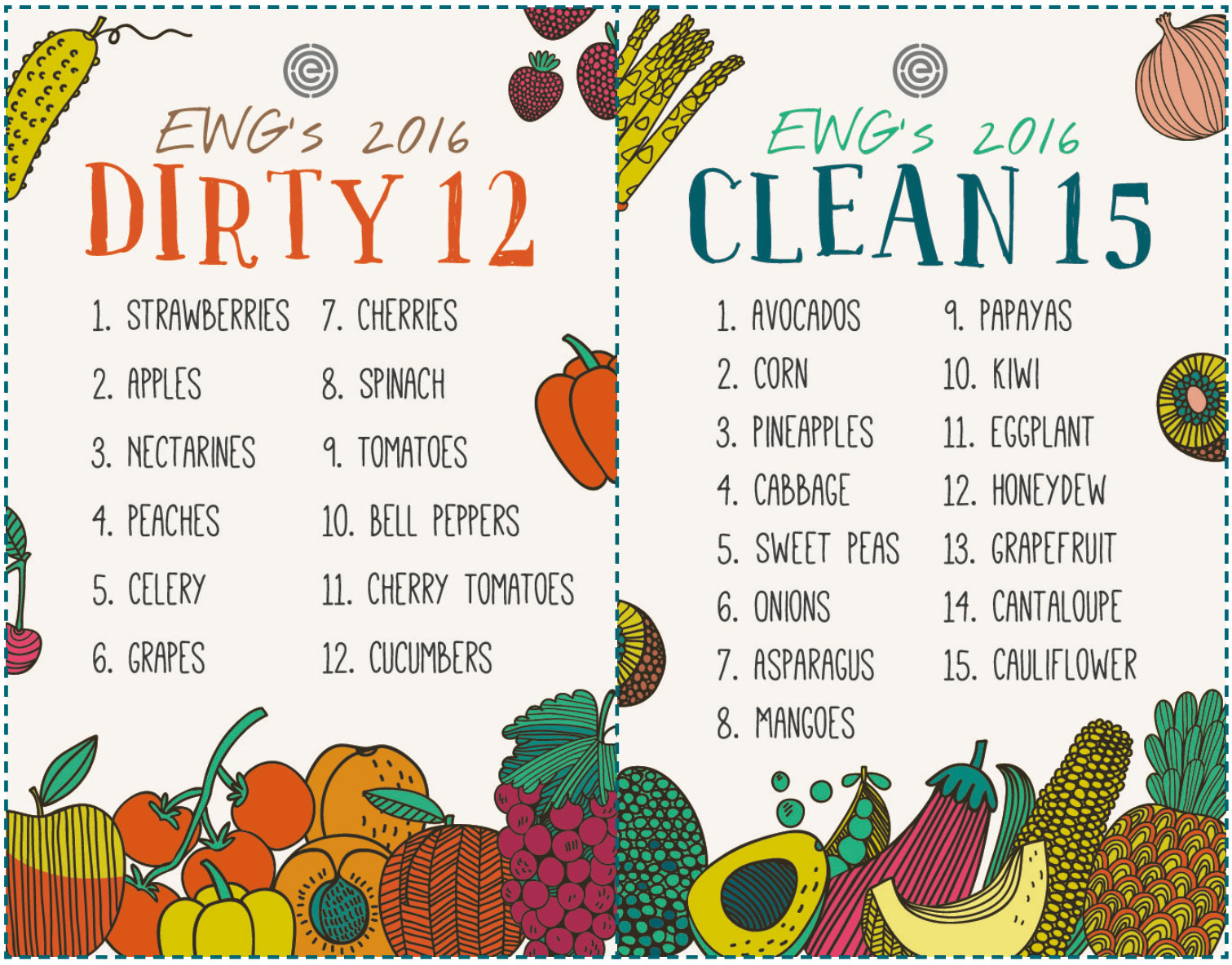 The Environmental Working Group (EWG) based out of the United States compiled a summary of the dirtiest 12 and most clean 15 non-organic produce based on pesticide residue test results conducted from across the country.  The Dirty Dozen provides a list of some of the most highly pesticide contaminated produce that you should focus on always buying organic.  The Clean Fifteen provides a summary of the tested produce with the lowest pesticides tested and these foods could be purchase in their conventional form if your budget prevents you from buying all organic.

Strawberries took a jump to the top of the list this year and the EWG is putting a special focus on these tasty little specimens after research revealed that not only did they average 5.75 different pesticides per sample in 2009 and 2014, but that growers used poisonous gases (some of which were developed for chemical warfare) to sterilize their fields prior to planting.

The data supporting this research comes from the USDA’s Pesticide Data Program.  In 2014, it was found that:

The hazards from some of these pesticides can be considered benign, however, there are some that are link edit hormone disruption, reproductive/developmental damage, neurological disorders, and even cancer.  Unfortunately, the laws on regulating pesticides in produce are not strong and well-developed.  Only 7% of the strawberries tested in 2014 had illegal levels of pesticides.  If we consider that thresholds are set for adult consumption, what effect do these levels have on small children?

The EWG article goes on to discuss the impact of strawberry growth in California and the challenges that residents are having with trying to combat the direct exposure to these pesticides as they are being applied.  If you are interested, check out the article here – https://www.ewg.org/foodnews/strawberries.php.

In the meantime, I’m going to re-think eating fruit when it’s in season and will continue to source out organic (or none at all).